There are many children who have difficulties related to tongue-ties and lip-ties, but unfortunately, these conditions are often not identified until later in life. They can cause speech and feeding difficulties, sleep issues, and a wide-range of other concerns.

A tongue restriction affects speech differently in each individual. Some children with a to-the-tip tie can articulate well (but may struggle with increased effort when speaking). Other children, with a less visible or posterior tie, may have a speech delay or difficulty saying  L, R, T, D, N, TH, SH, and Z.

In childhood, these eating difficulties can persist and are evidenced by only eating small amounts of food, slow eating, packing food in the cheeks, and pickiness with textures (soft, mushy foods and meats are typically the most difficult).

A tongue-tied child will often grind his or her teeth at night, snore, or experience other sleep-disordered breathing problems. Releasing a tongue-tie can help a child to sleep more soundly because the tongue will be able to rest on the palate, as it was designed to do, rather than falling back to narrow or block the child’s airway. Sleep-disordered breathing can cause frequent waking, restlessness, bed-wetting, failure to feel refreshed upon waking and accompanying difficulty focusing at school.

Because multiple factors often contribute to the problem, such as large tonsils, a narrow palate and tongue-tie, often a child will be seen by multiple specialists to try to remedy the problem which can be frustrating to both child and parents.Children with tongue-ties often have a history of multiple ear infections and needing ear tubes. All of these can be complicated by the mouth-breathing that frequently occurs in tongue-tied individuals, due to the low resting posture of the tongue. We have found that when there is a tongue-tie, sleep often improves dramatically after a simple in-office procedure.

Issues to look out for:

If your child experience 4 or more of these symptoms it might be a good idea to see one of our Tongue Tie specialist. 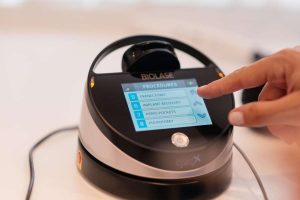 More and more, parents are opting for a safe, fast-healing laser frenectomy. Rather than using scissors, we use a laser for all of our frenectomies at Happy Kids Dental because we believe the laser has superior healing properties.

At Happy Kids Dental we use the latest generation of technology - The Epic™ X Laser, developed by Biolase. This is a diode laser and is recognised worldwide as the best method for tongue tie and lip tie treatment.

There are multiple benefits to using this laser:

At Happy Kids Dental we may only use topical anaesthetic during frenectomy, since it is a painless procedure when performed with a Biolase laser.

Our Specialist will carry out a comprehensive assessment for your child and will be able to advise if a Tongue or Lip Tie partition would be beneficial.

Please note - your child's compliance in the dental chair will need to be assessed prior to proceeding with Tongue Tie Release.

We DO accept self referrals for children over 1, however if you have one, we can accept a paper or email referral from your GP, an osteopath or speech + language therapist.

If Tongue tie is advised - procedure will be carried out on the same or following day.

We carry out assessment to see if you noticed any changes in symptoms since the procedure was done and make sure your child's wound is healing well.

It’s important to understand that, when your child has a tongue- or lip-tie released, improvement isn’t always instant. It’s typically just the first step in treatment.

Just like any other muscle in the body, the tongue is used to functioning in a certain way. When it’s restricted by a tongue­-tie, the body adapts and other muscles have to help compensate. When a tongue­-tie is released, your child will have no muscle memory of how to use the tongue effectively without the restriction, so your child’s brain will need some time to learn the new skill. 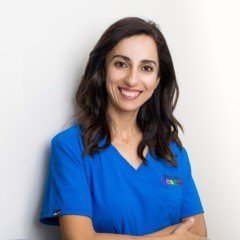 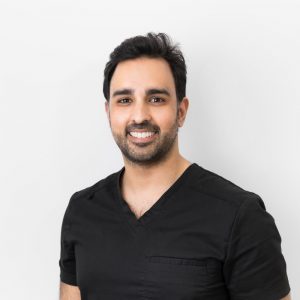 Ready to book your next appointment?

This website uses cookies to improve your experience while you navigate through the website. Out of these cookies, the cookies that are categorized as necessary are stored on your browser as they are essential for the working of basic functionalities of the website. We also use third-party cookies that help us analyze and understand how you use this website. These cookies will be stored in your browser only with your consent. You also have the option to opt-out of these cookies. But opting out of some of these cookies may have an effect on your browsing experience.
Necessary Always Enabled
Necessary cookies are absolutely essential for the website to function properly. This category only includes cookies that ensures basic functionalities and security features of the website. These cookies do not store any personal information.
Non-necessary
Any cookies that may not be particularly necessary for the website to function and is used specifically to collect user personal data via analytics, ads, other embedded contents are termed as non-necessary cookies. It is mandatory to procure user consent prior to running these cookies on your website.
SAVE & ACCEPT